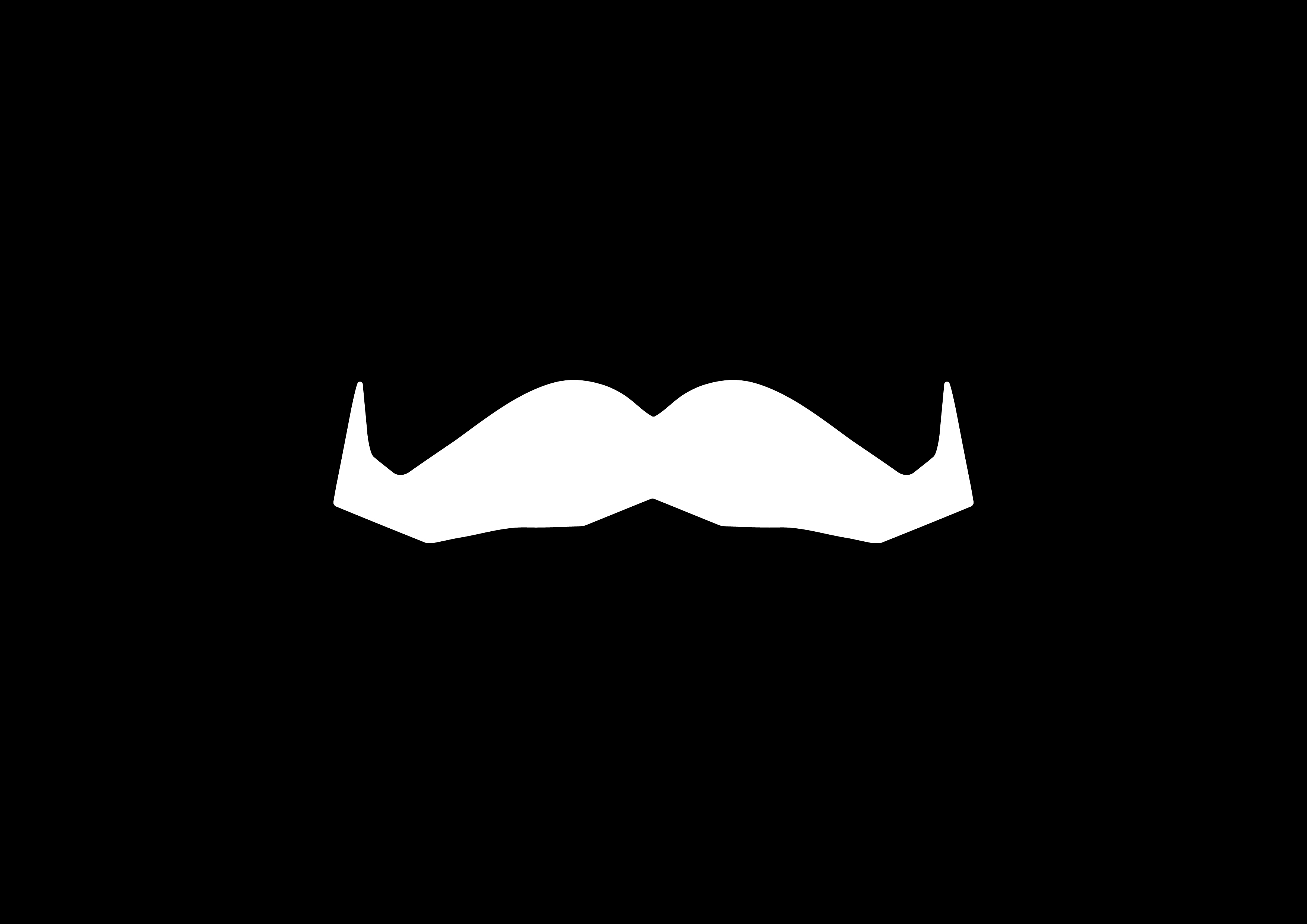 The Movember Foundation is the leading charity changing the face of men's health, and this Movember we Are joining them again. Together we can make a difference for men's health – in prostate cancer, testicular cancer, mental health, and suicide prevention. Help us stop men dying too young.

visit https://us.movember.com/?home to learn more
If you are unable to attend the event but still want to contribute to the cause click the mustache!
Macho Macho Presents: Mustachio Bashio
Join us on November 09
As you know, Movember is one of the largest male health philanthropies in the world and focuses their efforts on preventing men from dying too young - specifically from testicular cancer, prostate cancer, and male suicide.

Last Movember, Team Macho Macho was one of the top small team fund raisers, with nearly $15,000 from over 400 donors in just one month. We did this mostly through our own rouge social media campaigns and word of mouth. While we are proud of this number we are setting the bar even higher in 2019.

$100 minimum donation to Movember to get in the door, free food and alcohol.
Venmo @jack_hasselmann $100 to reserve your spot.
Attire

Not your normal dress to impress. Make it weird. Don't be conventional. But look really good...but weird. 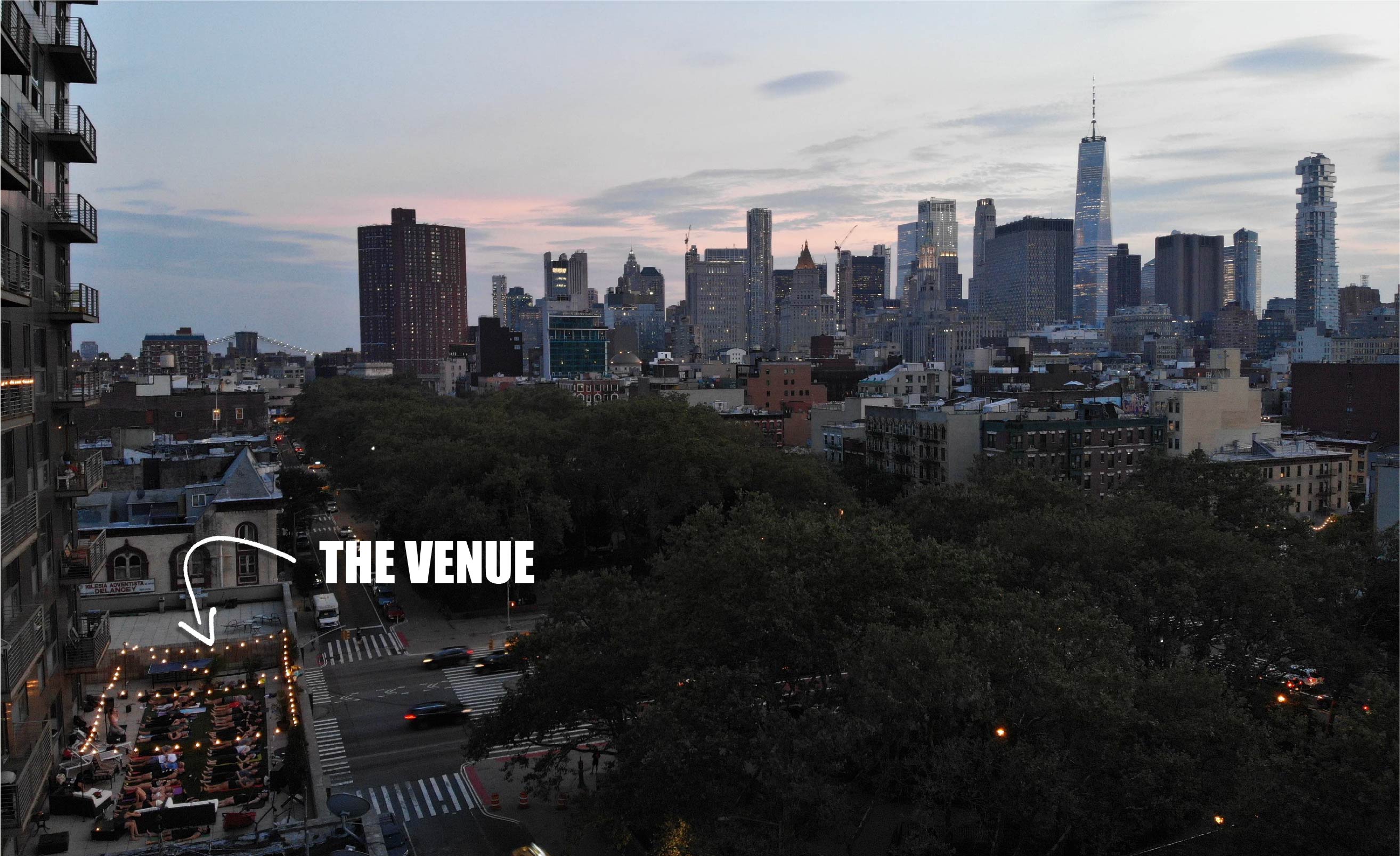 Performers
Our performers are close to our hearts because we couldn't imagine an event like this any other way. 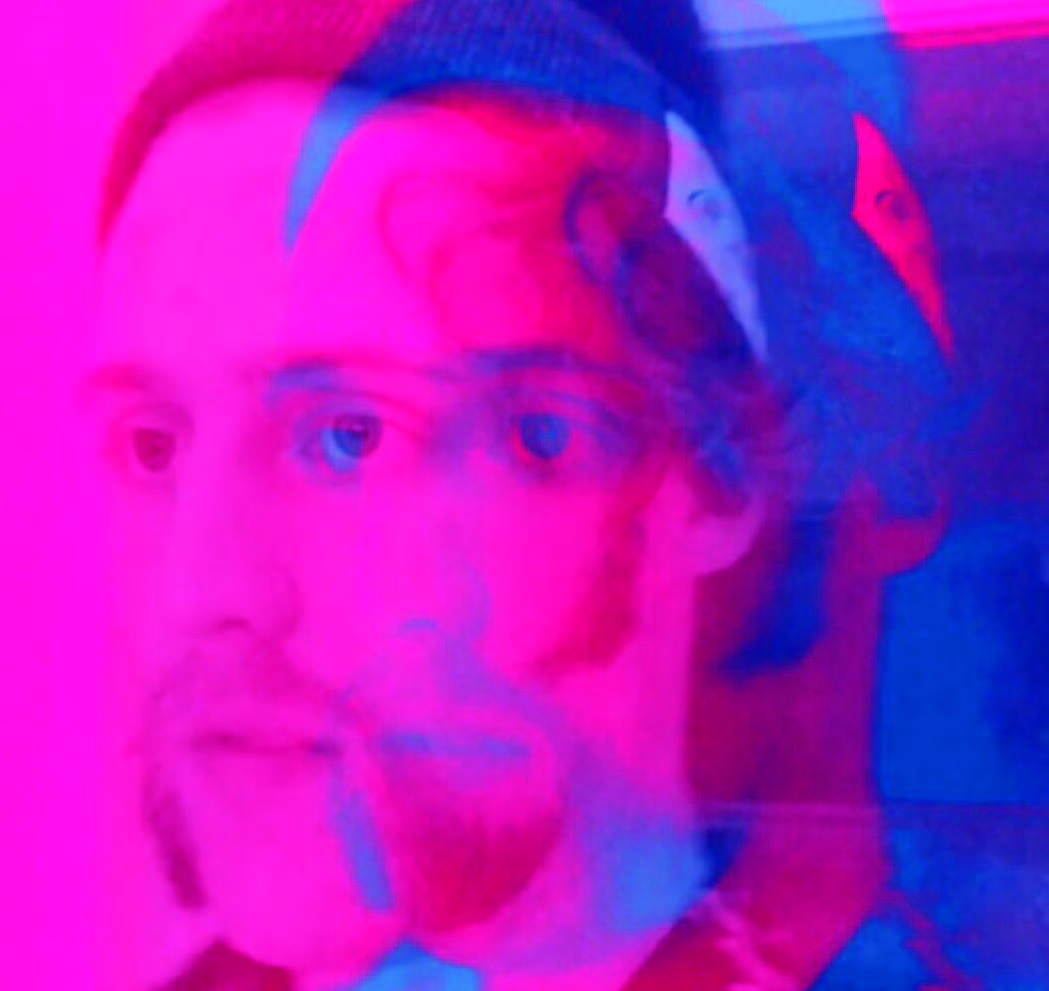 Dirty Data
DJ
Jake Rath, known in some circles as Dirty Data, is not just a House DJ, he is a state of mind. He is a transporter of minds and souls to the cosmic realms that connect us all.

Growing up on an eclectic diet of disco and funk provided by his insatiable appetite for musical discovery, Dirty Data is hard to pin down musically. Inspired by his family’s love of music, Dirty Data picked up the cow bells at the tender age of 6. It was only a few years later that Dirty Data discovered late night techno parties and the intoxicating rhythms of the night. Dirty Data promptly sold his cow bells and purchased some turntables and began performing in the Stamvegas Disco Lab.

Now a regular fixture of house parties, Dirty Data looks to get busy in 2019 after his debut show.
Soundcloud 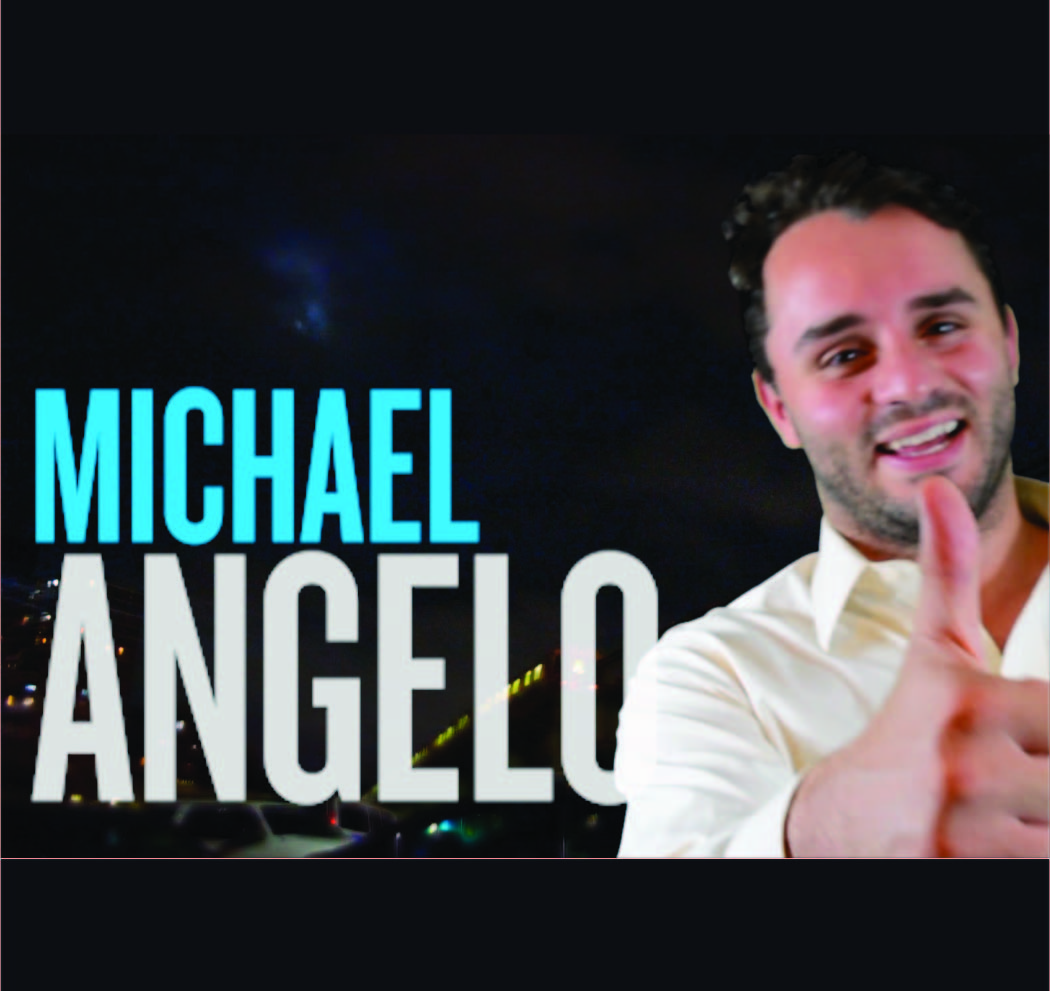 3rd best Michael Angelo
Comedian
Michael Angelo is a videography, facial hair enthusiast, and local NYC comedian. He has performed at NY Comedy Club, Broadway Comedy Club, West Side Comedy Club, Stand Up NY, and the Comedy Cellar. He won Ivy Man 2014 (Cornell University’s Male Beauty Pageant / Talent Show) rollerblading on stage in a leopard cat suit.
He writes, shoots and acts in his own sketch comedy videos and his total number of views on social media are somewhere between 100 and 10 million.
He is really about to blow up in the world of comedy and you are lucky that you will be seeing him. He also definitely did not write this bio. 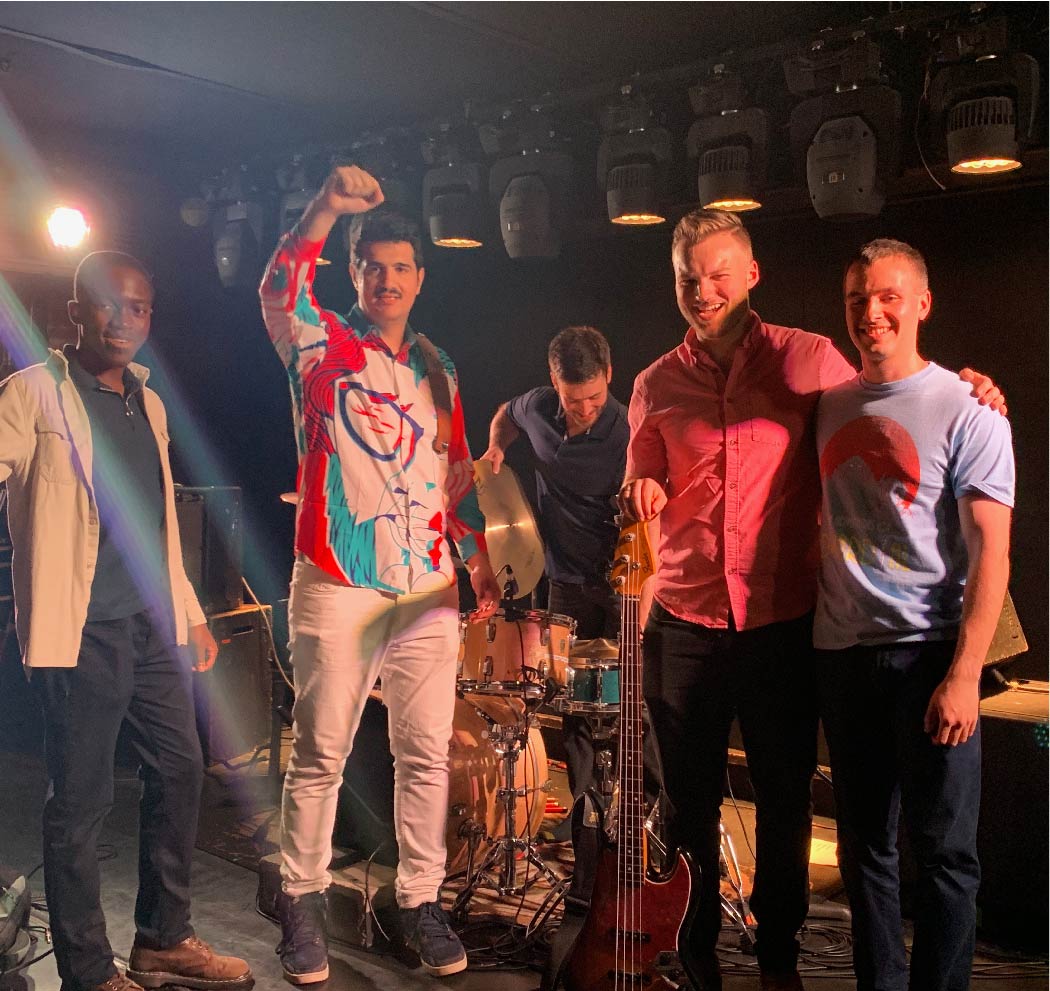 Ladybread
Band
Rock upstarts Ladybread have been tearing up NYC's small stages since 2017 with their spirited and emotive performances. A teen lovechild of singer/songwriter/lead guitarist Mike LoCicero and drummer Matt Rueger, the band has steadily evolved an inseparable symbiosis between LoCicero's flamboyant licks and Rueger's technical bombast. Developed through freeform jams condensed into expressive moments, their music is elevated by the classical sensitivities of keyboardist Ricardo Philippe, tireless rhythm guitarist Ted Stephan, and prodigious bassist Ben Feldman. Ladybread is currently recording an EP due to release late Fall 2019 and has their sights set on rocking the Northeast and beyond.
Soundcloud 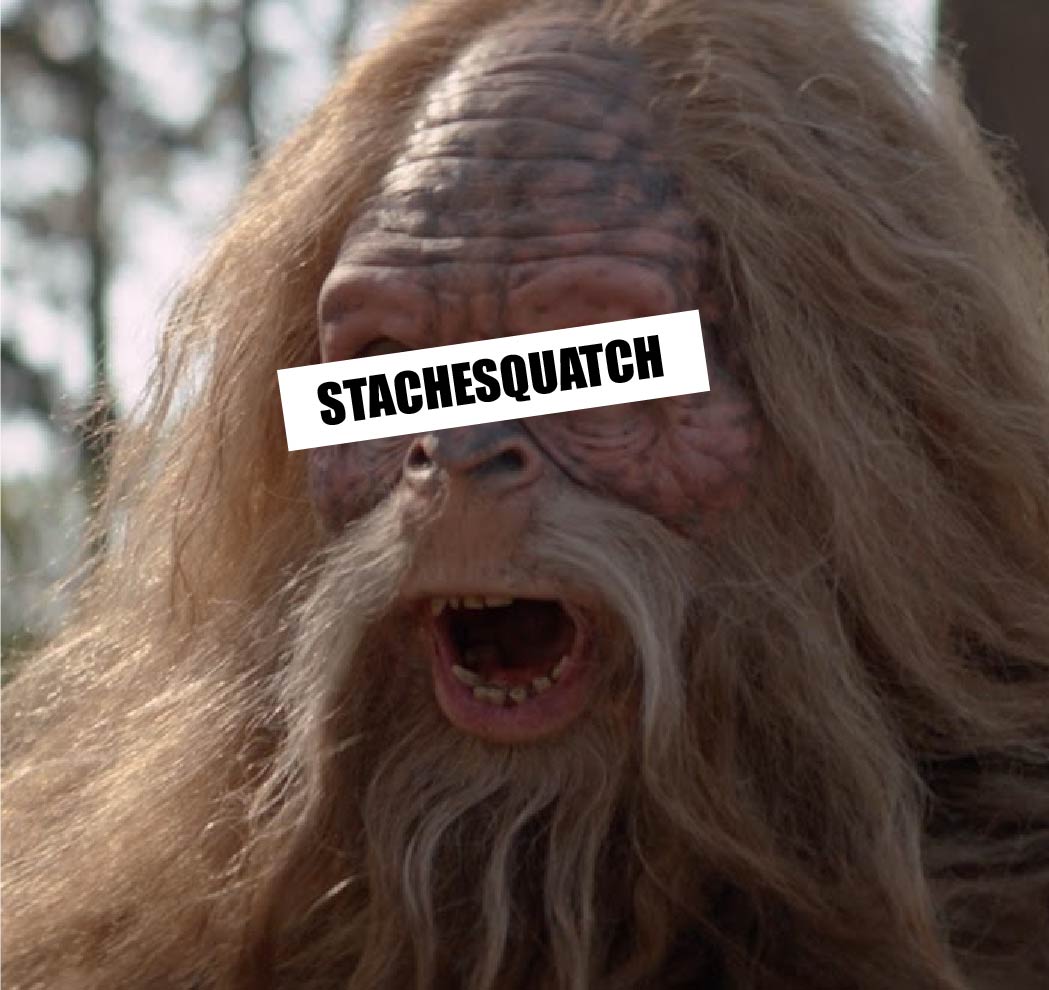 Stachesquatch
BAND
“Stache Squach” is a side project band made of up members from Hot Jumbo Meat Rocket and Flying Lessons  - both of which are NYC native rock bands. They look forward to bringing the crowd alive with their hip-shaking combination of funk, jam and good ol’ fashion rock and roll.
Why we're here 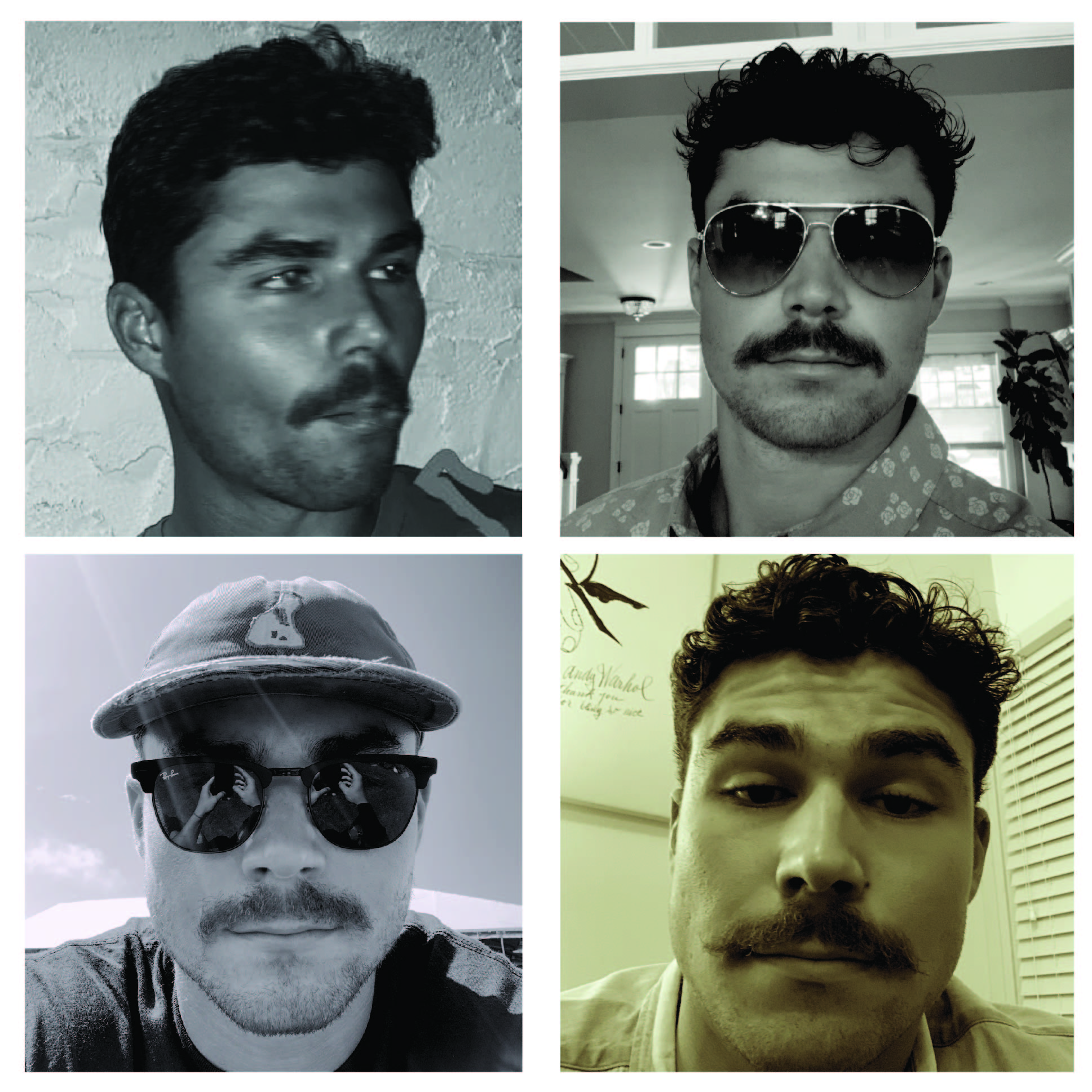 Globally, the rate of suicide is alarmingly high, particularly in men. Too many men are ‘toughing it out’, keeping their feelings to themselves and struggling in silence. The Movember Foundation is aiming to reduce the rate of male suicide by 25% by 2030, and I want to help them get there.
The amount of love team Macho Macho received during last year's run made November 2018 the official "Best November of All Time." However...records are made to be broken.
We can't make any of this happen without YOU, our donors. So get ready to celebrate a good cause and help us stop men dying too young.
My paragraph is not as long as Cole's so here is a quote from James Brown: " Hair is the first thing. And teeth the second. Hair and teeth. A man got those two things he's got it all." 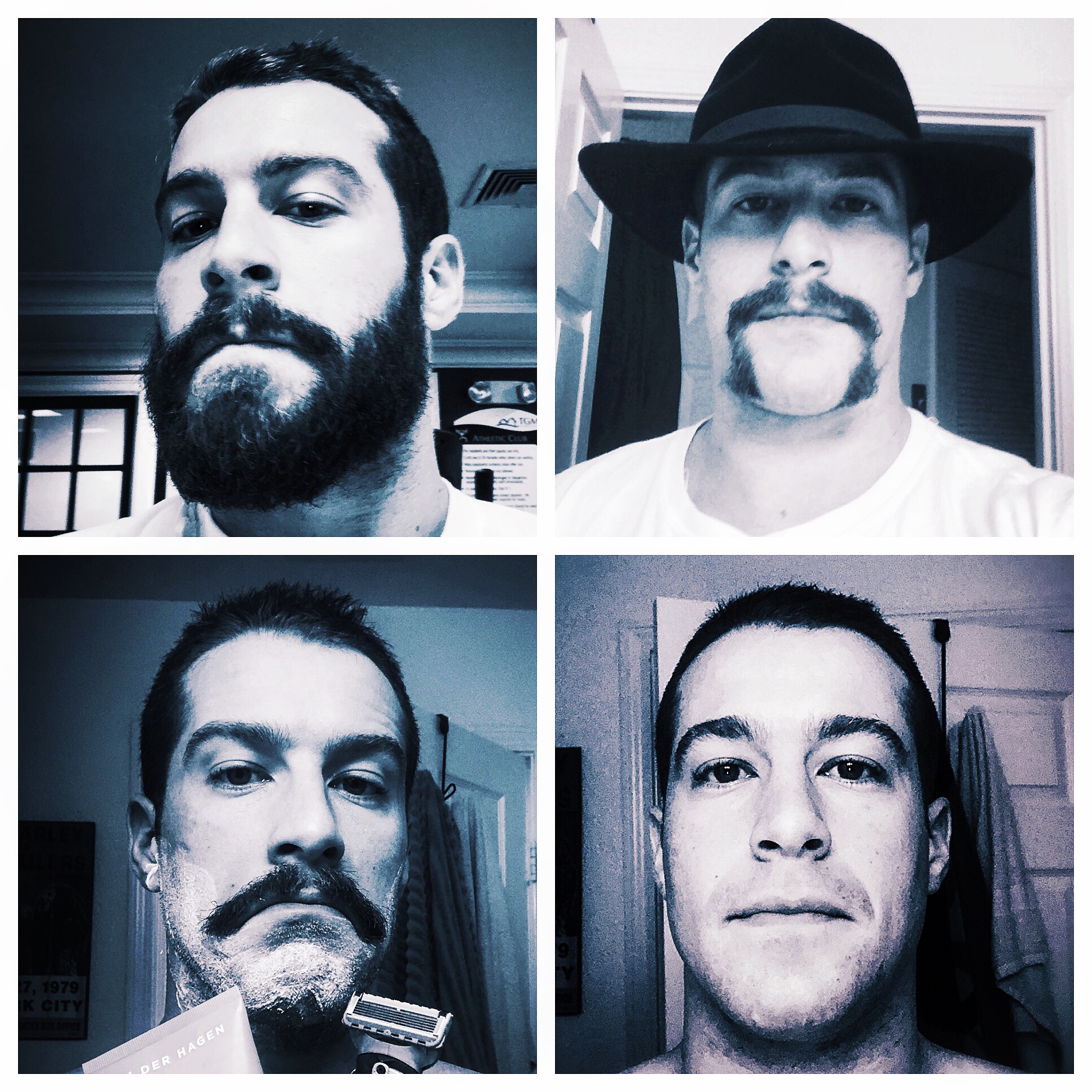 Movember initially drew me in through their mission to raise funds and awareness for men’s health issues, specifically targeting prostate cancer, testicular cancer, and mental health & suicide prevention.
In 2013 my dad was diagnosed, and successfully treated, with Prostate cancer. Also, people very close to me struggle daily with mental health issues.
Movember has been fun way raises awareness, raise money, and celebrate those battling cancer and mental health issues. Movember is also a way for me to pay tribute friends and family members that are fighting or have lost their respective fights to three horrible illnesses.

I have been involved with Movember for almost 10 years and have no plans of slowing down.

Proud Sponsor of this year's Mustachio Bashio is The Great Fantastic.  As seen on Shark Tank Season 10, The Great Fantastic's Founder Kyle Bergman (and good friend of Cole McCormack) is the creator of Swoveralls - the glorious combination of sweatpants and overalls in to one amazing masterpiece.  Made from sustainably sourced materials, and available in unisex sizing, Swoveralls are quite simply the comfiest thing you never knew you needed.
Use Code: Machomacho for 15% off
Check em out 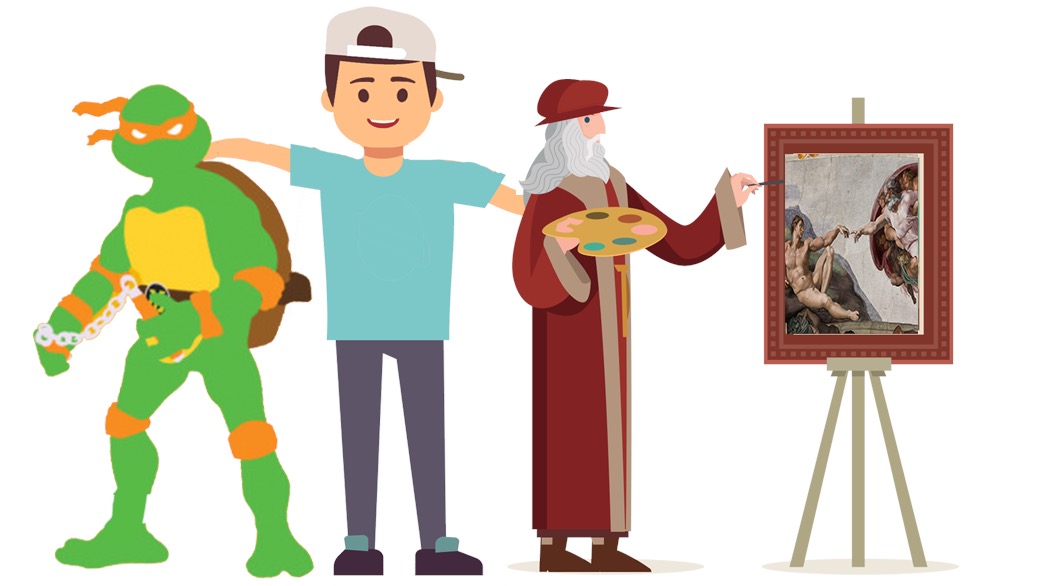 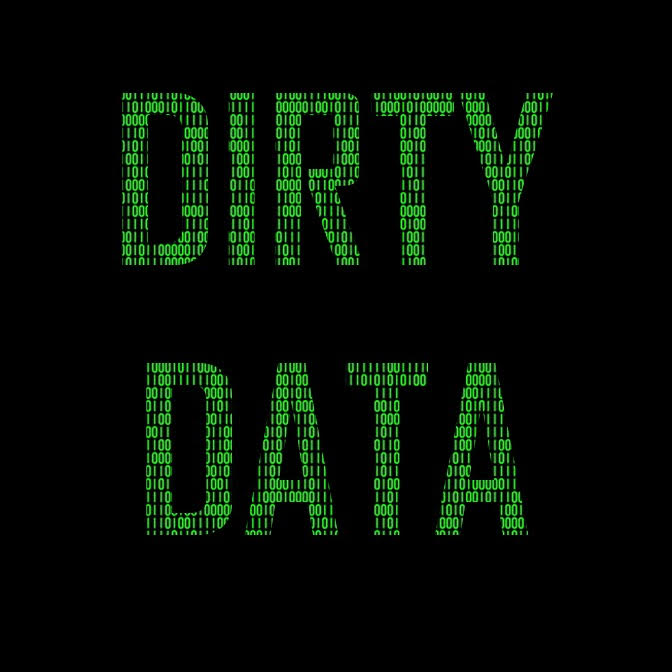 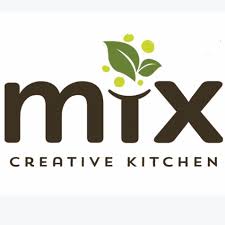 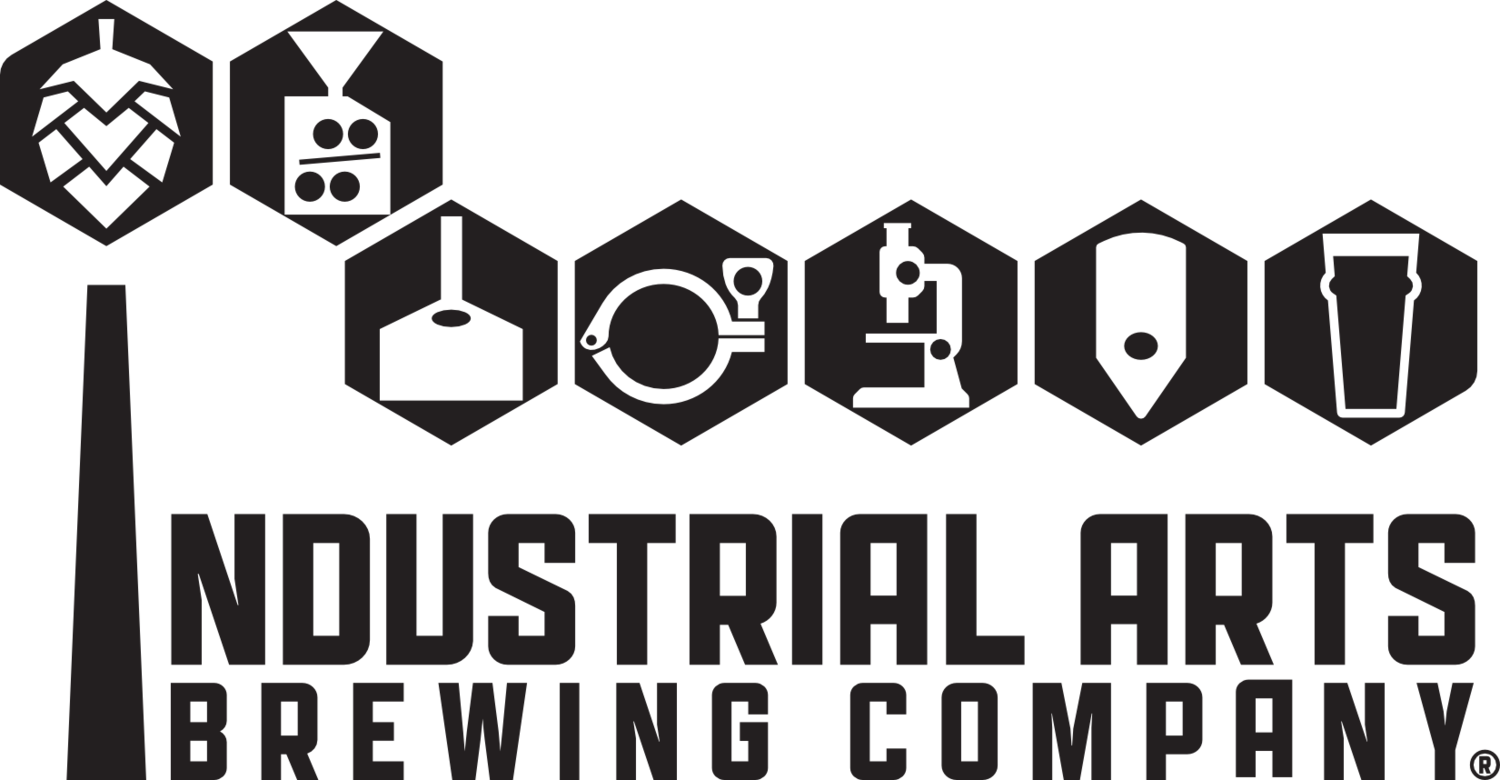 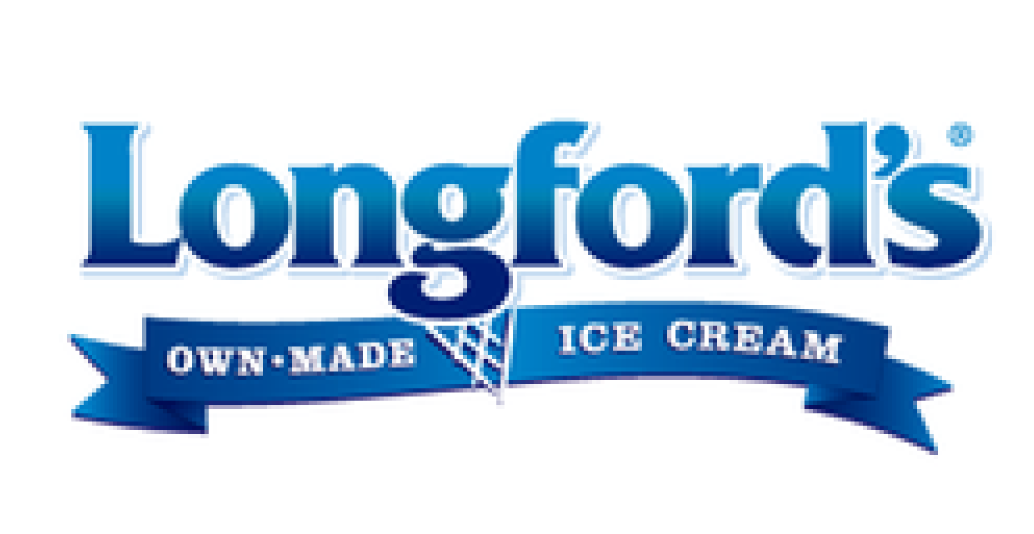 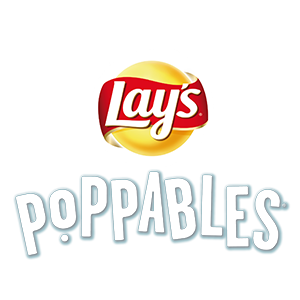 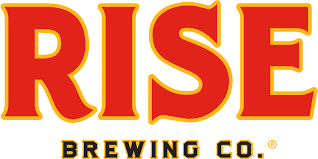 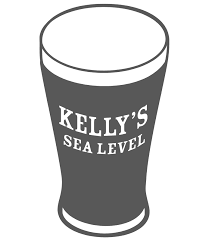 Can't make it?
:(
We'll miss you.
Be there in spirit and contribute to the Macho Macho Team for a shoutout on Instagram.
Donate
Join us on November 09
We look forward to celebrating with you!
Register
Location
Rooftop
38 Delancey Street
Picturesque patio/rooftop in the Lower East side of Manhattan. With stunning views of the Freedom tower and the NYC skyline this venue says "Hey let's party and support a really cool and fun cause with all my best friends and new friends in one place."
© 2019. All Rights Reserved.
Event website powered by EventCreate
Register

Planning an event? Create a Free Event Website
Powered by: